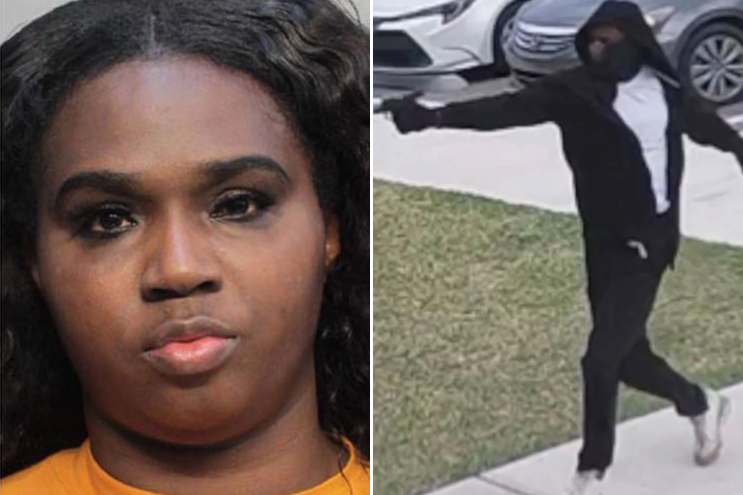 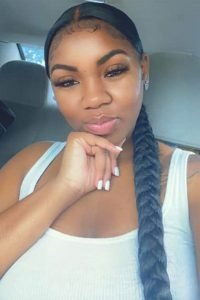 Police say Martinez had a hitman gun down Jones in front of her 3 year old daughter. The gunman shot Jones and her daughter outside her Homestead apartment on May 3, 2021.

Authorities have charged Jasmine Martinez with first degree murder and for masterminding the plot.

Police say Jasmine Martinez took out a $15,000 pandemic relief loan for her one-woman beauty salon in operation. Instead, she used it to hire Javon Carter to kill Jones. It is not clear if Martinez ever actually owned a salon.

In the days leading up to Jones’ murder, she withdrew $10,000, according her arrest warrant.

Miami-Dade County Detectives say Martinez paid Carter a few hours after he shot Jones. He even recorded a video of himself counting a ‘large sum’ of cash, according to Miami-Dade County detectives.

Jones and Martinez have had a long-standing feud since 2016 when Martinez attacked Jones for dating her ex-boyfriend.

The New York Times is reporting that police arrested Jones in 2018. She attacked Jones when officers investigating an unrelated matter saw her punching Jones in the face.

Police arrested Martinez’s then-boyfriend Kelly Nelson in February 2020. Nelson punched Jones and stole her phone and wallet in the courthouse parking lot. He had a firearm on his person.

Police never charged Martinez in that case. Police locked up Nelson for armed robbery. He still awaiting trial. Jones was the chief witness in that case.

In March of 2021, Jones told police that Martinez had offered her money not to testify against Nelson.

Just a month before her murder, on April 9, Jones gave her deposition against Nelson.

Surveillance footage captured Jones and her toddler walking toward their apartment. At that point, Carter got out of a gray 2019 Nissan Sentra and began shooting at them.

Martinez and Robinson argue that they were not involved in the killing.

Pray for The Family instead of Playing Detective & Assassinating People’s Character!!

No matter what differences you and another person may have been through in the past… that isn’t worth Death!!

I’m a MOTHER before I’m anything and I’m also a mother who knows the feeling of losing a CHILD!! I serve 1 GOD & ONE GOD ONLY.

My children are hurting more than ever and instead of me reacting to the opinions of others won’t help me be there for them as I should. My Condolences go out to Anyone who is grieving the loss of a loved one and most definitely Shonte & I pray her babygirl gets well #beblessed #saveyourfriendrequest #PRAYPRAYPRAY.

This loss of life is tragic but Mr. Robinson had nothing to do with it. We look forward to reviewing all of the evidence and maintain he is innocent of these allegations.

Prosecutors suspect that Robinson was the ‘go-between’ who set Martinez up with the gunman, but he was already in jail on unrelated charges.

It is unclear whether Carter has retained a defense attorney. Police arrested Carter earlier this month.

Prosecutors say that Nelson and Martinez hatched the plan to murder Jones over a series of months via jailhouse phone calls. Police recorded those calls and used them as evidence. However, prosecutors have not accused Nelson in taking part in the TSA officer’s murder.

In one call, Martinez allegedly said she was ‘ready to go kill this ho’ and that Jones had to die.

Police were able to connect Carter to the shooting after tracing his phone to the area where the murder took place. Investigators say that the same phone was traced to the same area for hours-long periods for roughly two days leading up to the murder.

Carter communicated with Martinez 127 times in the months leading up to Jones’ death, and spoke extensively with Robinson, with whom he served an earlier prison sentence, prosecutors said.

All three used sports terms to haggle over the price of the hit, with the term ‘number 10 jersey’ referring to the ultimate $10,000 payment.

Robinson and Carter have arraignments scheduled on February 24, while Martinez is to be extradited from Port St. Lucie.