We did the internet dating thing and tried dating in New York City. Trust us when we say dating in NYC is not as glamorous as they make it seem on Sex and the City. Men in Manhattan are perverts and sickos who like to sending us pictures of their junk on social media.

So we started WASP aka Women Against Sexual Predators on Facebook in 2016.

Don’t get us wrong, we love men. We just don’t like being sexually harassed by perverts, sickos and other assorted weirdos. Be a friggin’ gentleman!

Then people started sending news links to stories about sickos, perverts and other scumbags.

One night after drinking a bottle of Jug O Wine and binge-watching Sid & Marty Krofft’s 1970s glam girl power kid’s show Electra Woman and Dyna Girl, we decided to take WASP to the next level.

Hope you enjoy the site and forget to buy our stuff! 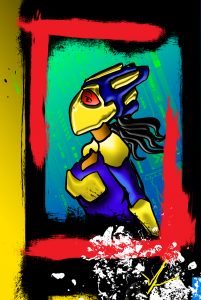 Paige grew up in the Warwick Valley in New York. Her father is a retired French-Canadian CSIS Officer from St. John’s Newfoundland.

Paige’s mother is a retired Puerto Rican/Italian Police Officer with the NYPD.

By the time she went into high school Paige was speaking English, French, Spanish and Italian.

While attending the Emma Willard School, she achieved First Dan in Japanese Kendo and Black Belt in Judo.

She then graduated from NYU with a degree in Finance.

Paige is also a huge fan of sci-fi, comics and anime. 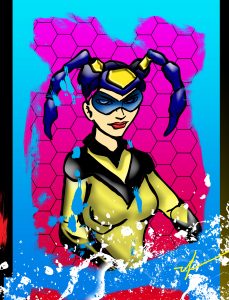 Veronika was born in Chelyabinsk, USSR (now Russia) toward the end of the Cold War.

Her father was a former KGB agent who saw the fall of the USSR coming when the Berlin Wall fell in November 1989. He grabbed 6-month-old Veronika and her mother and defected to the west with his family.

After spending 6 years in the U.K., they emigrated to the United States where they eventually settled in the College Park, Maryland.

Veronika has her degree in Asian History. She speaks English, Russian, Japanese and Arabic.

In her spare time, you find her at the gym practicing Brazilian Jiu-Jitsu and Krav Maga.

She is also wine connoisseur and expert on Japanese Sake.