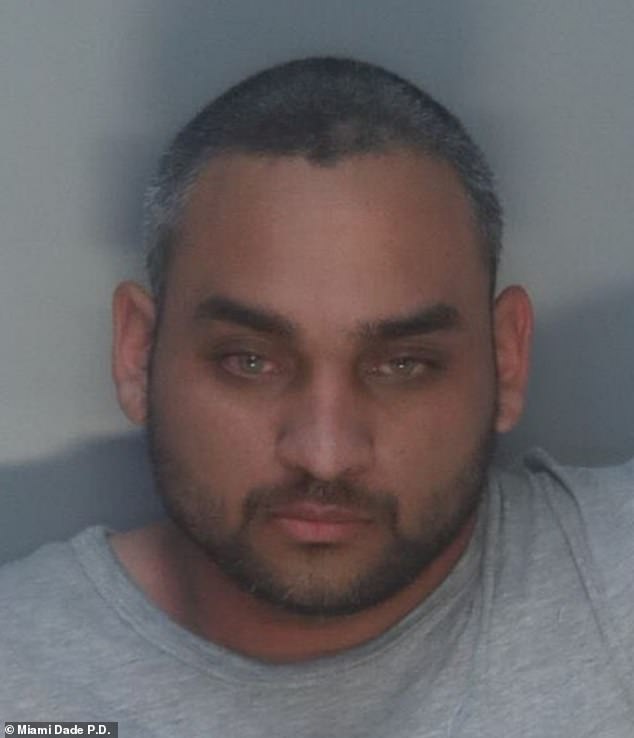 Florida Man Strangled Woman With Shoelace At Miami Bus Stop Near MIA. A Good Samaritan Rescued Her From Her Attacker 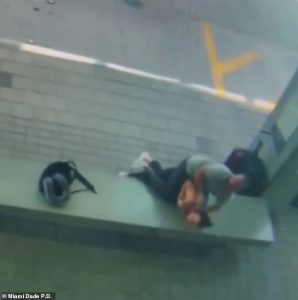 Miami-Dade Police have arrested Aaron Quinones. The Florida man strangled a woman at a Miami bus stop with a shoelace. Quinones committed the horrific random attack near the Miami International Airport.

Police have charged Quinones with felony attempted murder on January 2nd around 11am.

It does not appear the pair knew each other.

The woman was talking on her phone and had luggage sitting behind her when Quinones attacked her.

Video footage shows the Quinones quietly walking up behind her. He then stretched his arms out and wrapped the makeshift noose around her neck.

The woman looks back at him while he tightens his hold on her. He then dragged her to her side onto the bench and proceeded to climb over her.

The pair grappled for a moment. Quinones then began repeatedly punching the woman in the face as she kicks kicked him away.

A Bystander in a green shirt saved the woman. The bystander approached the pair waving his arms before he pulls Quinones off of her. the video cuts out.

The bystander left the scene before police arrived and now authorities are asking for the public’s help in identifying him.

Police are holding Quinones at the Turner Guilford Knight Correctional Center on a $250,000 bond.

The media has contacted the Miami-Dade Police Department for comment. However, Police have not made any statements.

Crime is active within Miami-Dade County. Police report that a total of 28 violent crimes happened within the first two days of the year. They also say another 50 non-violent crimes occured.