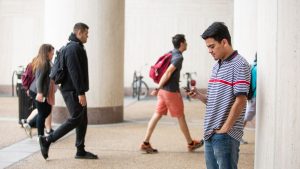 Police received a complaint on February 15th from the principal at Ginn Academy. The school’s principal reported to police that a sexually explicit video had been sent to several hundred students. The video was of a female teacher at the school having sex with her boyfriend.

Investigators stated the teacher heard rumors about the video being leaked. However, she denied sending the X-rated recording.

Police said Ginn Academy students received the sex video by airdrop to their iPhones on February 7th. The student also AirDropped four or five other videos. However,  only one of the recordings  contained X-rated material.

Cleveland 19 reported the Cleveland Police Sex Crimes Unit said they believe a student accessed the teacher’s unlocked phone. They then used the AirDrop function to send the sex video to other iPhones in the vicinity.

The Cleveland Metropolitan School District suspended the teacher pending the outcome of the investigation.

The teacher is currently on paid leave.

Prosecutors have not filed any criminal charges against any students in the case.

Ken Trump, a local parent who runs a school safety consulting firm. told Fox 8 that even if the teacher did not personally send the video to students, it does not absolve her of blame:

It makes you feel like you have a punch in the gut. Especially when you’re an authority figure and you’re a role model. It shouldn’t have been there and accessible to kids in any form in the first place.