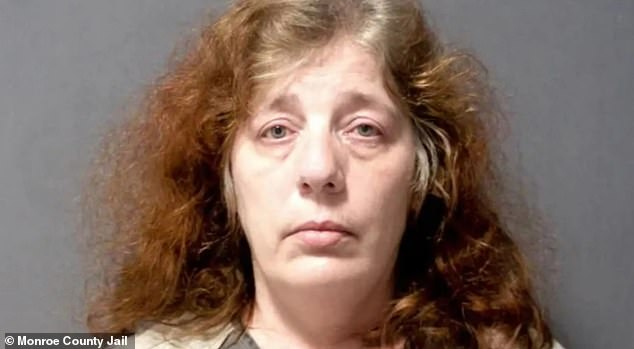 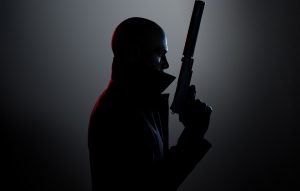 A Michigan court covicted an idiot woman  for attempting to solicit a hitman to kill her husband. Wendy Lynn Wein also used a website in an attempt to solicit the murder of her former husband.

Police charged Wendy Lynn Wein with solicitation of murder and using a computer to commit a crime. As a result, she now faces life in prison. Wein had no previous criminal record.

On Nov. 12, Wein plead guilty to both counts. Her sentencing will take place Jan. 13, 2022 with 38th Circuit Court Judge Daniel S. White, who also  presided over the case.

Michigan State Police say that Wein went on a parody website titled “Rent-A-Hitman” in 2020. She thought it was a real site. Thus, she attempted to arrange the murder of her ex-husband.

Police say Wein completed a form on the site using a fake name. However, the form did include other personal identifying information. As a result, owner of the website domain reported this information to the Michigan State Police. The owner of the site said he created the domain as a cyber-security test site.

Consequently, an undercover detective with the MSP contacted Wein on July 17, 2020. The detective and Wein made arrangements to meet at a cafe in South Rockwood near the Ohio border. The interaction was under surveillance by two regional law enforcement narcotics teams.

Wein repeatedly told the detective she wanted her ex-husband murdered.

Wein provided the detective with her former husband’s home address and place of employment. She also included his work schedule.

In addition, Wein agreed to pay $5,000 for the murder. Wein later gave the detective a $200 cash down payment. Police arrested her shortly after. Consequently, she confessed her involvement and intentions.

The Idiot Woman Isn’t the 1st Person Stupid Enough To Try To Hire A Hitman From Hire-A-Hitman.

Authorities say Wein was not the only person to fall for the fake website. The website claims it is the only organization in the world that is ‘100 percent compliant with the Hitman Information Privacy & Protection Act of 1964.

The website has nabbed over a dozen others who have tried to use the website to hire a contract killer.

The owner behind the fake website is an IT professional who’s real name is Bob Innes. Innes immediately contacted state police after Wein filled out the online form.

Wein completed a request on the site last July. She wrote to a made-up hitman named Guido Fanelli. She allegedly to Fanelli she wanted to have her ex killed over stolen money.

Police say Wein specified, “her ex-husband as the target of her problems.”

She had added in her request for a hired killer that she did not want to commit the murder herself, as she didn’t want to go to jail.